Happy New Year! What a lovely summer break that was. If not a little noisy – Chef Mo’ took the time off to get out the angle grinder and cut a new servery window for the #moorishvan with the help of Papa Moorish Peter (never a dull moment!)

We’ve since hit the Adelaide streets running in 2015, and its about to get even more exciting for Moorish Bites.  Coming up…

The wonderful Adelaide Night Market a monthly event held in the warmer months which had its 2nd Birthday in December.

It’s a great collection of both the well-known food trucks as well as smaller, family-run food stalls, plus artisanal craft and food goodies.  It’s also a great use of the usually under-enjoyed, but lovely stretch of garden along the top of Government House.

We’re excited to debut the Tagine Burger – slow-cooked lamb in Moroccan spices, topped with “Tefaya” (caramelised onion, sultanas and fried almonds) on a bed of saffron coleslaw, served on a toasted brioche bun.  Special today only for $10.00

Find us on North Terrace, near the War Memorial and corner of Kintore Avenue from 4-8pm.

The Porch Sessions – 9 February 2015 – gates from 5pm – location to be disclosed (intriguing!)

Our souk street food will be complementing the February, seaside-bound installment of the Porch Sessions.

This eclectic musical gathering creates a musical oasis, bringing the tunes, food and wine, Persian rugs, fairy lights and all-round good times to a secret residential garden once a month across the warmer seasons.

Tickets have already sold out for this and the next one (wowsers!), so if you were not lucky enough to nabs yours this time around you should stay tuned for their later installments here and be very, very quick!

We are pumped to be selected to be a part of the Garden this year in our super stall form.  We’ll be serving our full compliment for the Fringe folk at the original and the best magical oasis of the festival season.

Check out the program here to see a show as well as savoring on our souk street food.

Usual Garden hours are 5pm to late Monday to Thursday and 10am to very late on Friday to Sunday –  look for the Mo’rockin Moorish Bites stall!

It’s your last chance to catch us for weekday city lunch before we head into the Garden for February/March.

Trading locations can be subject to change (check Twitter or Facebook for any last-minute announcements), but our plan is:

Make the most of your lunch break – make it a #moorishlunch

Photo by Nick Coutts – lawyer, brewer, all round nice guy

In less than three short, crazy months we have been at:

AND private functions that saw us chug up the freeways to Hahndorf and McLaren Vale (apologies motorists!)

We’d like to say a big THANK YOU to all of our #moorishbites foodie followers who have supported us, given us the nicest of compliments, shared/liked/retweeted us and to those special few who have tracked us down and made a beeline for the van no matter rain, hail or shine!

Special mention must go to: 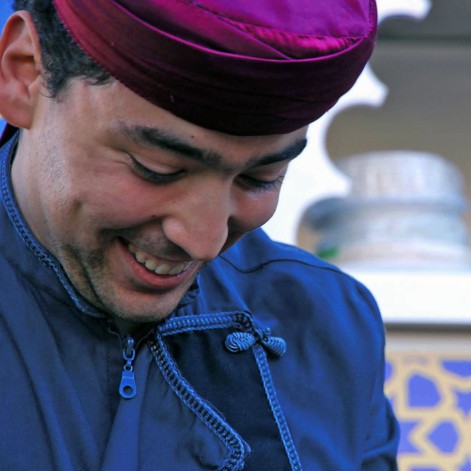 Happy Holidays to all and if you have not already, make sure you check back, like us, follow us and/or download the Street Eats app for trading times in 2015!

You know you’ve ‘made it’ when a superannuation fund blogs about you in an Australia-wide #foodtruck roundup!

Taking its cues from Morocco’s glorious spice filled souks, Moorish Bites delivers tagines, cous cous and meloui -crispy grilled pastry filled with a variety of options depending on your preference. Locally sourced produce meets traditional cooking techniques and the results speak for themselves.

SOURCE: FOOD ON THE MOVE: THE RISE OF THE FOOD TRUCK

Get in before we give the meloui press a well-deserved rest and we take a short ‪#‎moorishbreak‬ !

We’re pumped to be out and about A LOT this week commencing Tuesday 18 November!

Tuesday 18 November from 11am to 2pm @ Hindmarsh Square* for #moorishlunch

Thursday 20 November from 11am to 2pm @ Victoria Square* for #moorishlunch – Music in the Square will also be happening thanks to Spash Adelaide – see here for more information.

Friday 21 November from 11am to 2pm @ Light Square* for #moorishlunch

Saturday 22 November from 4pm to 11pm @ Victoria Square – Our grill won’t be the only thing flaming! Square Fire is a free show put on by professional fire spinners from around Australia.  Food, activities and atmosphere from 4pm, the show starts at 8pm.  Also a Spash Adelaide initiative – see here for more information.

Sunday 23 November from 3pm to 7pm @ Unley Swimming Centre – The Fabulous Feast Festival is putting on the Plunge Pool Party for an an afternoon of aquatic delights and party tunes and we’re there to make it #moorish !  See here for more information.

*Lunchtime trade is subject to us bagging a spot but stay tuned here or on Facebook or Twitter for any last minute change of location as a result!

Hope to serve you soon! 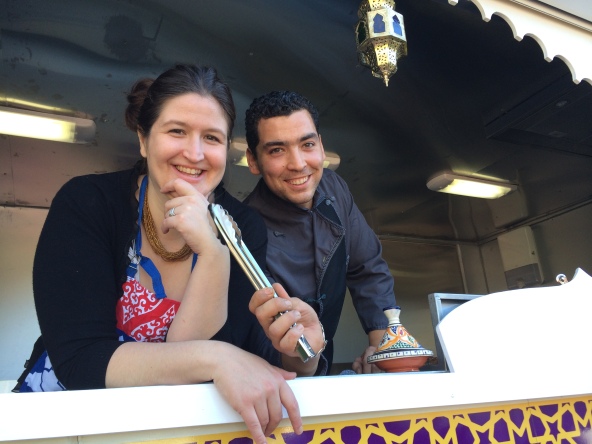 Catch us this upcoming week for your fix of Moroccan spice and all things nice:

We had a great time at the Semaphore Music Festival and had some amazing feedback about our food!

What’s next? Movies in the Square brought to you by Splash Adelaide.

Catch us in Victoria Square this Friday 10 October and Saturday 11 October evenings serving up our rockin’ Moroccan souk street food.

Friday will see us a part of our first Fork on the Road, with the movie The Secret Life of Walter Mitty.

Saturday night’s movie will be Frozen.

Movies are FREE and start at sundown, but we will be serving from 5-10pm on both Friday and Saturday.

We can’t wait to serve you!

Get ready for a summer of rockin’ Moroccan!

END_OF_DOCUMENT_TOKEN_TO_BE_REPLACED

2014 is the tenth anniversary of the festival proudly presenting three days and four nights of original, alt. country, roots & blues, rockabilly and nu-folk live music. Over 60 local acts will appear in various clubs, pubs and venues around Semaphore and the Foreshore Reserve on Friday, Saturday, Sunday and Monday over the Labour Day Long Weekend.